2017 was a challenging growing year. Even a unique environmental niche such as the Val d’Orcia had to confront, like the rest of Italy, three months of intense summer heat, made more severe by a lack of groundwater reserves, the result of the previous relatively dry winter. But the Tenuta di Trinoro team was successful in meeting the challenge, demonstrating determined, expert vineyard management that put into practice every tenet of the production philosophy of Andrea Franchetti, winery founder and creator of wines unique for their concentration, depth, and complexity.

Thanks to the lengthy, hot season, there was certainly no lack of concentration in the fruit. At harvest, begun 27 September and concluded 13 October, the berries were small, with thick skins and little juice, and their wines emerged near-opaque, black, and concentrated. It required waiting some months before they could be evaluated properly and a final blend assembled, which privileged Cabernet Franc, at 69%, assisted by 23% Merlot and 8% Cabernet Sauvignon. 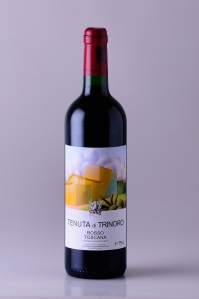 Tenuta di Trinoro 2017 is full-bodied with fine depth, “and dense-packed, silky tannins; the palate showcases well-ripened plum and blueberry, with wild herb and iron-like impressions,” explained Franchetti. Some years of bottle-ageing will allow it to achieve full expression and “to lose those slight vegetal notes that, of course, are classic to the two Cabernets.”

2017 also marks the debut—at least to the markets – of the Tenuta’s Bianco, a one-of-a-kind, 100% Semillon that grows in a tiny, sandy-soil parcel at an elevation of 630 metres and with a very tight, 1 x 1 metre layout. The pronounced aromatic qualities classic to the variety are nicely balanced in the grapes by a forward crispness and acidity, producing a wine that is concentrated yet taut, displaying great depth and promising significant cellarability.

Tenuta di Trinoro. Located near Sarteano, at the entrance to the Val d’Orcia, in southeast Tuscany, the estate boasts 16 vineyard parcels, totaling some 25 hectares, planted at elevations of 450-650 metres. Tenuta di Trinoro is a Bordeaux-style cuvée that has always been the estate’s keystone wine. Its portfolio also includes Le Cupole, a younger and more accessible wine from the estate vineyards; I Campi, from three parcels of Cabernet Franc; the all-Merlot Palazzi; and, debuting with the 2017 vintage, Bianco di Trinoro. 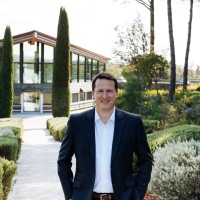